This morning was a ride and a plan that i don’t do often – got dressed up in my mtb gear pushed m bike down to the school and dropped the girls off and set off directly from there 9am. I don’t normally get up that early for a bike ride but it was well worth it. The sun was out and already i had stuffed my jacket into the camelbak.

What a blast – up to Bearsden and the hills beyond on my Lynskey Ridgeline 29er. I think I love this bike …. a lot. It is so effortless and quick. I did trails today quicker and with less effort (and mainly with less fitness than I did them before) The bike flows over obstacles so much better than my old carver. I even bagged a KOM on one section with little effort …. mind you only 68 people before and only a few seconds up on my previous attempts.

Went up some old trails and was also impressed by the traction once again from the Maxxis Ardent tyres so grippy yet still fast rolling. 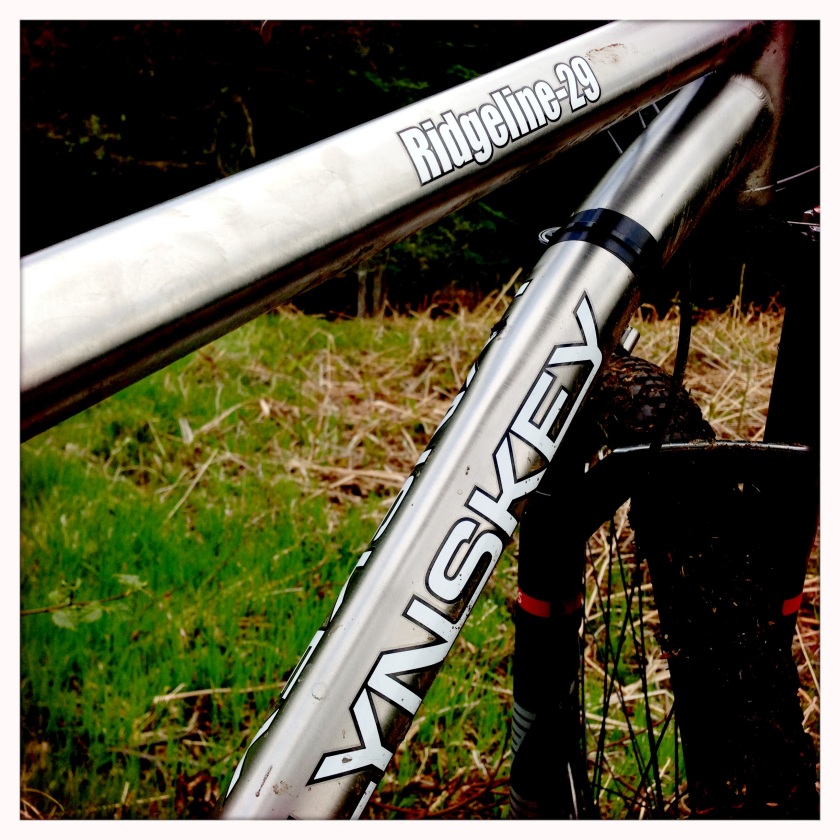 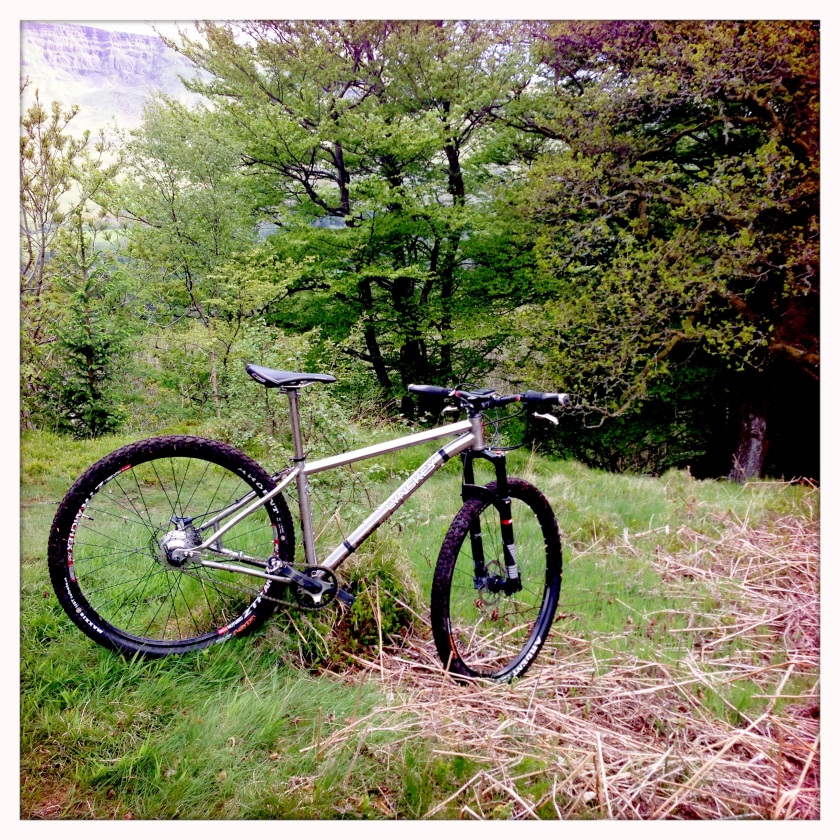 I went down some trails that I had never been down before – one in particular seemed very sweet then suddenly the angle got steeper and steeper – suddenly it was a 45 degree slope and i was hanging on. I guess over time I have become particularly good at crashing so did a slow slide of doom before i had to jettison prior to going over the bars. I loved it I picked myself up laughing with a scrape on my leg and mud on the gloves. Stopped on the way home at the garage and used the jet wash – a quick and cost / time effective way to clean the bike.

Frame forks all there