When you thought there were too many tyre/carcass sizes along comes another. They all make sense in their own right but will it survive the market pressures.

Plus? semi-fat? I’m not entirely clear what the nomenclature ought to be, but the ‘plus’ sized wheels are definitely here to stay.

As such, the range of useful components to build a plus wheel set is growing – rims and tyres. 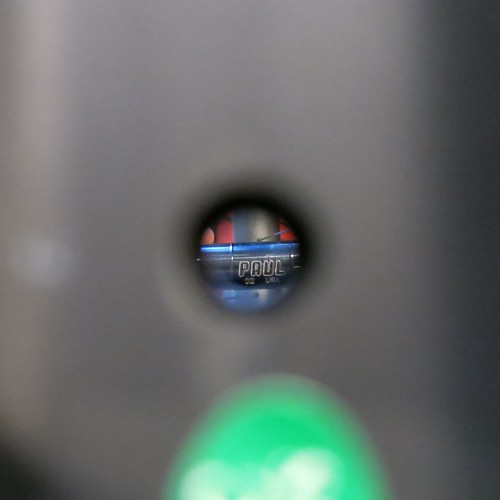 After a fair amount of lurking around on forums, I decided to order up a set of Nextie hookless, semi-fat rims: 29″ front and 27.5″ rear. Both are 50mm wide and 34mm deep (if memory serves). They seem reasonably well made (more on this later) and are light for the sheer volume of the things. just above and below the 500g mark respectively. 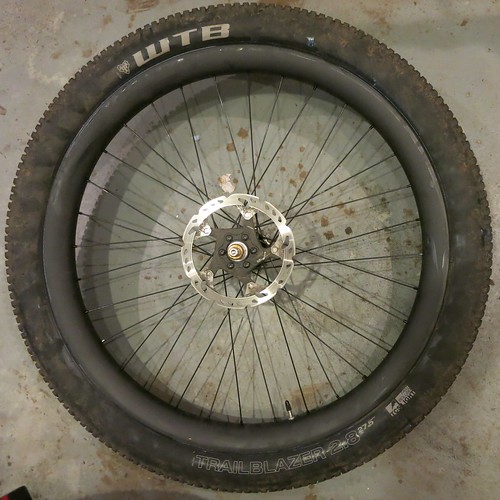 Love the poster – the Bulls – a sense of travel not just race ….

Filmed and edited by Peter Trow

The Bikemonger is a fine, upstanding member of his local community. He would never stoop so low as to cheat to win a race. Would he…?

Racing sucks. Or does it? Well it does, or rather it started to suck for me. You see I suddenly found myself in my 40s, youngsters were getting younger, and races were getting duller.

My racing history goes back to the ’80s when we didn’t even have to wear helmets and there was a genuine sense of excitement in the air, a feeling of revolution: mountain bikes were a new thing and we were all new to it, and it was all cool. Even the neon tights were cool. My racing then became mainly singlespeed championships, which has nothing to do with racing. Regular cross-country races started to feel stale with people taking it too seriously. Look… no one cares if you win. I don’t care, your mates really don’t, your colleagues think you are a dick, and your family… Well they just hate you for being an obsessive dick who makes them wait in cold wet fields when they could be at a shopping centre or playground. “Mummy, why is daddy such a berk?”… “He is a cross country racer, it’s just the way they are.”

So I reinvented racing.

Jack who works at the Bikemongery challenged this old guy in the local cross-country race at Wareham Forest. He is less than half my age and thought he stood a chance. And to be fair, he did. Cider was consumed and a bet was on. LOSER GETS A MOHICAN! We were now “hair racing”. I now had a reason to race. I like big hair, and was not sure I would win this, so I pro’d the hell up. “Be more Lance… Be more Lance…”.

Racing starts way before the start line, it’s all about preparation. So I started the psychological race a week before the event. I sat in the shop before we opened, and texted Jack and told him I had been pre-riding the course and was running late. “We will open half an hour late today.” I was actually having a coffee and working.

I asked Jack to keep an eye on the shop while I took Olive the dog down the beach. I packed a bag with swimming gear and would even wet my hair at the beach. This, combined with the outright lie that I had swum a couple of kilometres, created the illusion of cross training. I just strolled around, played with the dog, and even had a nap on the beach.

On his day off I hid all the energy products in the shop and explained that a 22-stone triathlete had come in and purchased our entire stock. Nothing left, what’s the chances of that?

The day before the race we cycled together, where I calmly nailed every climb. On the outside I wore a credible veneer of capability and athletic prowess. Inside I was a car crash in a sausage factory with bits of body blowing all over the shop.

As a kind and generous boss I thought it would be nice if we went to Tawnies Wine Bar for some pasta to carbo load. We had a great crab linguine and a couple of bottles of wine. I ordered a third bottle and then faked a phone call – “gotta run, family stuff at home” – leaving Jack with another whole bottle to himself. Mike the bar owner was briefed: “Keep it flowing and put it all on my tab.” When I woke in the morning I was delighted to see Jack had posted to Facebook at 4am!

Race day had arrived. A big crowd, and a makeshift bar… And Vince from Primera Sport was there with hair clippers. I wore a Drunk Cyclist jersey while we signed on, then strategically switched to a Bob Marley jersey as we rode out to the start. This allowed me to hide in the pack on the start line. I was crouched down and could see him searching for me. Unfortunately he found me, I then dropped my chain at the start… But the cycling part of this racing malarkey was on.

We went round and round, like you do at cross-country races, round and round. I crashed hard, but after three laps I could see him ahead of me. I was about to lap him. Victory was mine. My hair was mine, his hair would be heading to ground, and would then be scavenged by birds and turned into nests. I followed “nest head boy” for a while, taking it easy and resting up, waiting for him to make a mistake, and then blasted past in a dust storm of narcissistic glory.

Vince had the clippers ready but had only done one lap and spent the two hours drinking the free beer. Despite this, giggling away, Vince managed to apply some sort of Mohican. Jack was an excellent sport, had ridden real hard, and wore his new hair with pride. Good on him.

So, my advice is if you race, find a reason to race. Don’t race for an overall win, everyone will think you are a dick. Pick a few mates, agree on a forfeit, and race your tits off, so you won’t be the one cycling 20 miles home in a floral old lady frock and bonnet from the charity shop. And hey, let me ask you this… did you ever see Lance in an old lady frock and bonnet?

Not the best start this ride as the night before Friday had been a night of beer and bento with the lads. Woke up early then drove to Blair Athol

Set off up Glen Tilt and then realised that my spare batteries for the GPS were still on charge at home.

Only had half a charge but had my OS maps ready with me so off I went through the first wood and spotted my first red deer in the Woods. 20km in and had to stop for recovery food beans and sausage lunch cold but effective hangover cure.

Headed on and track became muddy and rocky and nearly too narrow for the bike was feeling calorifically low.

The valley is obviously used by the RAF for training as a Hercules buzzed me about 80 foot up. More red deer crossing river and bounding up slope opposite – very skittish of humans sign that it must be hunted.

Stopped at Glen Tilt ruin where the trail opened onto flood plain valley floor then afterwards headed left over the muddiest moor i have seen in a while. Normal mtb tread just disappeared into gloop but i was fat so did better but still had to get off every 50 foot to cross burns or mud holes.

Crossed makeshift crossing over the river by waterfall and then faced with two deeper river crossing but misjudged depth which came to crotch so shoes were sodden.

The last 2 km to the Bothy screamed down a technical downhill smacked a rock hard and punctured – was going to walk to the bothie but decided to change tube and discovered that the small lezyne pump I had with me unscrewed the valve when I was taking it off – what a pain after 4 mins of huffing and puffing to get the FAT tube pumped up to have it all WOOOSHHHH out.

Sunday 5:40 AM woke up in bothy after a good sleep maybe helped by the contribution of the two Edinburgh climbers with either their 2nd hand dope smoke or a rum and Coke I drank.

Packed and try to inflate me a tyre some more and enjoyed the unscrewing of the valve once again. Decided to divert to Kingussie and the food co-op there to restock on food I haven’t figured that the ride would take so long at a slow 10km/h average.

Finished the ride with a long section of tarmac which felt so slow on the fatbike into Blair Athol – Tired drive home my arse tender and my legs sore.

Definitely the highlight for me this TdF was watching this man climb. Yes froome won (and can climb) but lacks any grace that Quintana, Nibali and Contador show when climbing.

I have been having these fat vs 29+ thoughts

Lots of reports recently from Specialized’s Colorado press/dealer camp about their new Fatbike the “Fatboy”.  Trek too is coming out with one, and Kona too.  Fatbiking is no longer a fringe element my friends, and has quickly become the ‘new-29er.’  Now that I say that, it’s all so obvious…it happened a couple years ago really.

Don’t get me wrong, I love that the big guys are releasing their own fatbikes. The Specialized Fatboy has some cool new features specific to their bike that make it able to run 4.8″ tires on a symmetrical frame (no offset) with their 190 rear hub.  The extra width (170mm was the widest till now) makes it able to run a 2x up front and clear 4.8″ tires.  I’m not sure a 2x is ‘needed’  but it’s a nice option to keep the spin and momentum going.  Their own 90mm wide rims are a size…